A message from the Founder

I founded Hensler Surgical Products, LLC in 2011. Having the privilege of working with Dr, Thomas Melin, my attending and Co-founder, I developed the Hensler Bone Press( HBP) initially.  Months later, I came up with the Hensler Bone Collector (HBC), which was JUST recently released.  Being in Neurosurgery from 2005-2017, having performed over 2,000 cases, I had a unique perspective on improvements that could be made and how the integration of EACH device and the team impact, HAD to perform.

Hensler Bone Press (HBP): I thought of the HBP after my own lumbar surgery performed by Dr. Melin. I was the guy using a lookey trap to collect the blood and graft, poured it on a towel, squeegeed it out, and used what we could – WET and MESSY.  It was horrible. We knew it was good graft, but I thought:  There MUST be a better way.  The 2 stage process and testing was derived from my own experiences, and I am very proud of what it has become. After it was said and done, we had an awesome disposable device that reduced the cost associated with bone substitute, while simultaneously improving patient care by harvesting more of the patients own material for reincorporation within fusion procedures.

Hensler Bone Collector (HBC):  The HBC was another “there must be a better way” device.  We were grabbing laminar and facet bone over, and over again with our fingers and Ray-Tek.  Bone chips were strewn all over the patient, surgical table, and stuck in the gauze.  Then we would try to collect it and add to the fusion stockpile.  It was painful to procure this graft source and the yield was low.  Bringing the HBC into the case, increases the Laminar bone harvest and improves the safety, by removing the hands away from the sharp tips and mouth’s of this commonly used instruments, such as the Kerrison and Leksell.

Bipolars: This is a device that really grew at Hensler Surgical.  These bipolar cautery instruments are amazing, and we have partnered with a German company to make a big impact in this space.  The big thing for me was to have quality assurance and process here in the US.  Being a Vet, that is big for me.  We have grown from 3 sizes originally to over 15 sizes, serving domestically to Australia.  And we are growing….

Avitus Bone Harvester:  I must say, I have been impresed with Max ad Neil, and what they have overcome here.  The orthopedic space is new for us, but with our vetted sales foce, we are proud to ring on more American jobs and offer a product that makes unbelievable sense, both for the system and the patient. 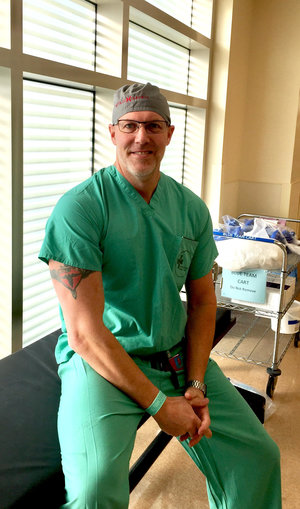 Thomas Melin, M.D. has over 20 years of experience in Neurosurgery. Having performed over 5,000 surgeries in his distinguished career, Dr. Melin has been in search of the “perfect” fusion material. After utilizing virtually every synthetic option on the market, he concluded that the use of the patient’s own bone for fusion is the superior and the most economically conscience choice. The challenge has been to efficiently collect an adequate amount of autologous bone during the surgery.

As a practicing surgeon, Dr. Melin’s need for efficient and effective autologous bone collection inspired the creation of the HBP. Dr. Melin received his M.D. from The University of Kentucky and attended The University of North Carolina at Chapel Hill for his Neurosurgical Training. 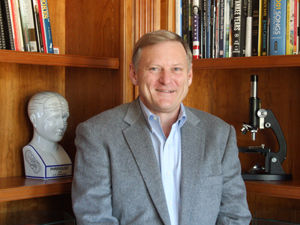 Download our app from the app store to get more information on the go: